Sugarhouse and the Feds 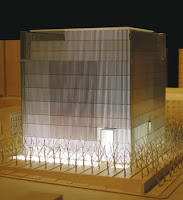 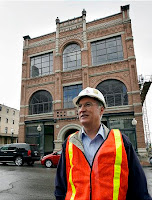 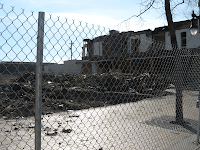 It’s one thing for a community to be buffaloed by a developer; it’s entirely different to be buffaloed by the Federal Government. The expansion of the Frank E. Moss Federal Courthouse in downtown Salt Lake City has been ten years in the making and still counting. The glowing, white cube of progress for the Federal Court System in Utah will quite literally uproot one historic building (the Odd Fellows) and flatten another (the Shubrick). While there are upsides to the project for the overall downtown area, I am left scratching my head as to the short-term implications this expansion will have.

With the advent of new security rules for federal buildings after the events of September 11, 2001, the Shubrick building suddenly found itself in the crosshairs of demolition. Greater setbacks are now required for federal buildings and the footprint of the expansion overlays the current location of the Shubrick. The initial plans for the Moss expansion kept the Shubrick intact. A subsequent environmental study found no issues with tearing the historic building down. I find it astonishing that no subsequent economic impact statement was submitted on the issue. Are we to believe that it is just dumb luck that the Odd Fellows building survived demolition simply because it has an historical easement placed on it? Apparently so.

The Odd Fellows building is the bright point of this entire project. Not only has a beautiful historic building been saved, the sheer engineering feat of relocating the building across the street is tremendous. Not only does this move get rid of an unseemly surface parking lot, it bolsters the street wall along the north side of Market Street. When sold (at a loss by the feds), the building has the potential to bolster the burgeoning nightlife of the area.

The view plane on the south side of the street will not be as inviting or pedestrian friendly. While I’m certain the new building the GSA will erect will be stunning (particularly at night), the setbacks required on the block will almost completely erase any sense of density that the north side has. What is particularly grievous for me is that this is on a mid-city block, which has more of a feel of a dense, urban city than do our main arterials throughout downtown.

My biggest concern about the project is that it has the potential to be a Mecham/Sugarhouse debacle on a much larger scale. Odd Fellows will be moved by the end of the year, and if the Shubrick is demolished next year then we are really in for trouble. That would leave us with an almost empty block with no federal dollars for construction of the expansion until 2010 at least. With the current financial situation in the U.S., there is no guarantee that the groundbreaking date wont be pushed back even farther due to budget cuts. Which would leave the community watching a really painful race between buffaloes.

(I wrote this for an urban planning class last week)
Posted by Nate C.