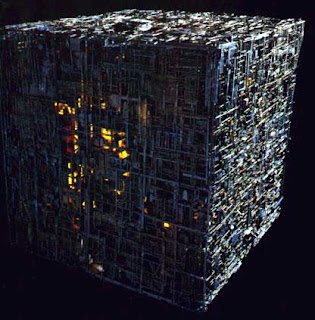 In the quietest and most remote, secret places in my mind, I often wondered if what I was doing on my mission for the LDS Church was ethical. An excommunication and a decade later, I still am timid about bringing this topic up for fear of terrifically offending people. If I do, forgive me, but try and follow my logic and set aside your pathos for the subject matter.

Where is the line between faith and ethics? Is having a prescribed set of beliefs enough to try and convince other people that they are wrong in the way they are living their lives? Is it ethical to try and change centuries of local culture, language, religion and beliefs on one’s own belief that you hold The truth?
Christianity’s history is rife with horrible atrocities committed in the name of God. The Crusades, the Spanish Inquisition, the forced conversion of the Native North and South Americans are all classic examples of people that most likely believed they were called of the Christian God to do His will. Looking back can we say that what they did was ethical? Probably not.
Think of the story of Robin Hood (either the Disney version or the one with Kevin Costner and his striking English accent). At the end of both, King Richard returns to his throne and blesses the marriage of Robin and Marian. But where did the King return from? He was off fighting the crusades, capturing the holy city of Jerusalem and slaughtering every Muslim in his way to do so. Because Western Civilization is so firmly rooted in Christianity we don’t even blink at the thought that King Richard’s war was not an ethical one.

Now, am I comparing to what I did while I was on my mission to the Crusades? Of course not. No one was put to death if they slammed the door in my face. In fact, the only people I ever thought about threatening with their lives were my companions (and only then for making me wake up to study Russian). No, LDS missionaries have moved beyond war tactics and instead are trained in sales tactics. Many of them are very good at it. While I believed that I was called of God to be in the Baltics and Belarus to preach the restored gospel of Jesus Christ, the ethical line for me came in co-opting entire lives. There was no such thing as the Lithuanian LDS Church or the Estonian LDS Church. It was and is all one church and that church is dominated by a quirky little place called Utah.

If you’ve ever traveled to the bordering states of Utah, you know that the Utah culture pretty much ends at the state line (SE Idaho excepted). Try translating that culture of religion into a foreign country and you are met with little success.

My biggest problem was watching these countries that I loved so much, struggle back on their feet after 70 years of Soviet occupation. When I got there they had 10 years under their belts of independence. One decade is not enough to revive a language, or a culture. But there we were all the same, trying to convince them that their ENTIRE existence was futile. That in the end, it meant nothing if they didn’t listen to us.

I sat on a bench with a Russian professor in downtown Vilnius and he wisely pointed out to me that the Russians could not accept another failure. They had just lost their lands, their political ideology, their leaders, in fact their entire way of life for three generations. It would simply have been too much for them to accept that their religion had failed them too.

To which I asked him if he had ever heard of the Borg . . .
Posted by Nate C.

so let me get this straight....you MOCK me for liking battle star galactica, yet you post an image of and quote one of the greatest villains of all time, the Borg? i knew you were a nerd deep inside Nate.

seriously though, you are one of the most well spoken and honest people i have ever meet. You are so articulate with your thoughts and words. Im proud to call you my friend

Pete, you know I'm a nerd. In fact I'm certain there isn't a bigger nerd than me out there!

It is I, my friend, that am honored and blessed to know you! You are like my brother. Thanks for everything that you are!