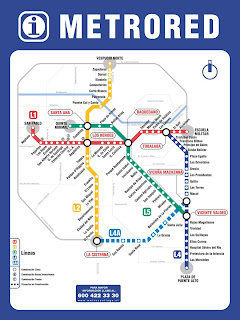 Airports are amazing. They are the perfect crucible for mankind. Each person may have a different destination, yet each must go through the same communal process of the airport.

There is no doubt where you have landed if you go through the Salt Lake Airport on a Tuesday. There are LDS missionaries everywhere. It has been over 11 years since I departed from the Salt Lake airport to head to Eastern Europe on my mission. My parents drove out from Colorado to wait with me at the gate. In our post-terrorist airport culture, visitors at the gate are no longer allowed. Instead the missionaries were huddled around the phone banks each with their own calling card saying their farewells to their loved ones before they embarked on their two-year adventure.

I caught up with a gaggle of missionaries in Atlanta that were heading to Sweden. I remember the kindness of many that stopped me when I was waiting at JFK to head east, so I saddled up next to the group and said hello. The whole group was relieved to have someone friendly talking to them. Most admitted that they had never been outside of Utah so Atlanta was really intimidating to them.

We chatted for a half-hour about what the LDS Church was like in Scandinavia (which was just across the Baltic Sea from my mission). I explained to them that I was heading down to Argentina for two months to study with the University of Utah. Seeing an opportunity, one of the more adventurous Elders asked me if I knew much about the LDS Church. They were all astounded when I told them where I served my mission.

I don’t really fit the profile of a returned missionary anymore. I have earrings, facial hair and clearly I wasn’t wearing any temple garments anymore. Politely, they did not pry, nor did I offer an explanation, but we did have a sincere and meaningful exchange about what to expect their first few months in the field.

One elder asked me for advice on being a good missionary (in which I found both honor and irony). I told the group the only advice I ever give missionaries these days; love the people, the culture and the country (ies) where you are serving. I explained that while it was key to study the language and the scriptures each day, it was just as important to study the culture, the history and the dynamics of the communities where they will be.

People seek for a common bond, and by knowing (even a little) about the place where a person is from binds their heart to you one conversation at a time.

I sat by a lovely older white woman that grew up in apartheid South Africa on the plane to Atlanta. I asked her a few key questions: How was life in Capetown? Had she been to Durban? What did she think of their newly elected president Jacob Zuma? Instantly she knew that I could relate to where she was from even though I have never visited that vast continent. She almost had me in tears twice as she described her first-hand experiences in Cape Town through the transition out of apartheid. She told stories that were incredibly personal and powerfully moving. (South Africa just bumped way up on the list of places to visit).

The plane ride would have been very different if I hadn’t known anything about South Africa.

As I related this story to the group of missionaries at the Atlanta airport, they got the point. And while I did not conform to their expectations of what a returned missionary should be, they (and I) were grateful for their conversation.

As I stood up to leave, one of the elders asked me if there was anything they could do for me.

I just grinned, asked them to keep me in their prayers and told them that they would be in mine.

You never stop amazing me. Love you and be safe!