During the middle of the 20th century, Argentina and the United States saw a significant decline in passenger rail service and the demise of trolley car systems in most of their major cities. This was partly due to the rise of air travel, but both countries experienced a powerful conglomerate of oil, tire and automobile/bus manufacturers that lobbied successfully to have their rail systems dismantled. Santa Fe no longer enjoys regularly scheduled passenger rail service, instead relying only on private bus companies and the automobile for reliable ground transportation. Rail service throughout Argentina has narrowed to one line servicing the cities of Buenos Aires, Rosario and Cordoba. The decline of rail service left Santa Fe, Salt Lake City and Denver with underutilized rail and trolley buildings in prime real estate locations. Each city is faced with unique challenges with their facilities that include ownership of the land, land-use decisions and public support.

Both Santa Fe and Salt Lake City have taken their old trolley barns and turned them into upscale shopping areas. 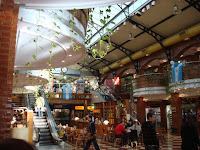 Salt Lake City’s historic Trolley Square was similarly redeveloped into a shopping/dining/entertainment district. Taking up an entire city block, the overall footprint of Trolley Square is much larger than the Recoleta Station but the current land use is strikingly similar.

Trolley Square is a complex of storage and maintenance barns along with power transfer station that provided the electricity for the trolley system.

The interior has been remodeled into retail stores and restaurants while keeping the historic ambiance of the barns.

Under new private ownership, Trolley Square is currently undergoing a complete renovation of the interior barns, exterior public spaces, a new parking structure and, just like Recoleta Station did in Santa Fe, will be adding a Whole Foods grocery store to the property. The project should be completed sometime in 2011. 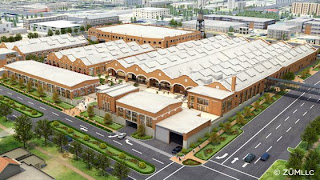 The main rail stations in Santa Fe, Salt Lake City and Denver have similar histories of being the main hub of transportation activity for their cities. All three had declined steadily in use and each city has (or will) take a very divergent path on how the former rail stations will be used. 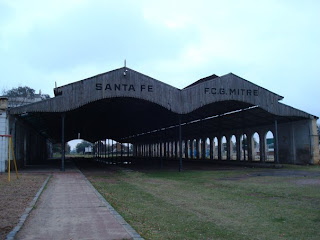 Argentina’s rail infrastructure was built and operated by private businesses with a British controlling interest. After Juan Peron’s rise to power in the 1940’s, the British were forced out of the country and the railroads were nationalized. Santa Fe’s two main stations, Mitre and Belgrano fell under the ownership of Argentina’s federal government. 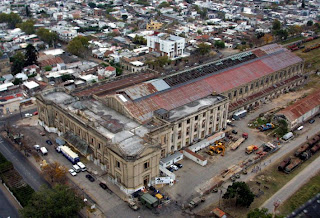 In the early 1990’s Santa Fe was no longer receiving passenger train service and the train stations fell into disrepair. The municipal government was faced with a delicate situation, as they had no jurisdiction over the properties. However, since the stations were causing blight an urban decay in the heart of the city, the new mayor decided to start rehabilitating the areas without the permission of the federal government.

Mitre Station on the West side of Santa Fe is currently used for fairs and bazaars, however the station itself is in bad need of repair after suffering from a fire earlier this decade. 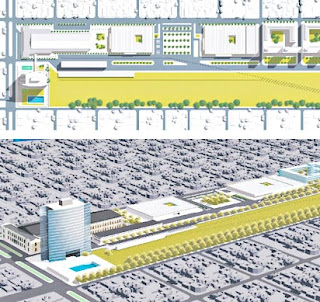 Belgrano Station is a much more handsome building and sits prominently on the Boulevard in the middle of the city. It is currently undergoing renovation and is occasionally used for concerts and other public gatherings. The municipal government has decided that the primary use for the structure and the surrounding area will be a new commercial business park with public recreation and trails running the length of the tracks.

Salt Lake City chose a different path for its former train station. The Union Pacific building has been remodeled and now serves as an anchor for two-block redevelopment area called The Gateway. The Gateway was a project that was completed before the Winter Olympics held in Salt Lake City in 2002. It is a mixed-use development that includes shopping, dining, residences and business offices. 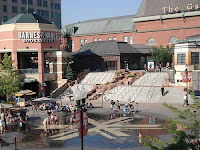 While the main floor of the Union Pacific building sits mostly empty, the upper floors of the building have been turned into an events center that hosts a nightclub and a venue for concerts and business events. 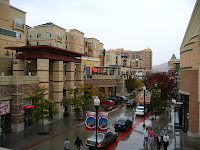 While generally regarded as a successful catalyst for the redevelopment of the area, critics claim that the two-block district has harmed other downtown retail areas and that the city was shortsighted in selling the rail right-of-ways that accompanied the Union Pacific building.

Denver has recently decided to utilize their historic train station in a different way than the leaders of Santa Fe and Salt Lake City have chosen. 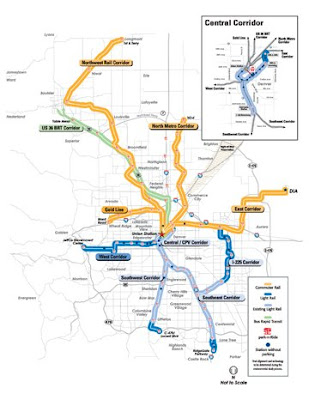 In 2004 voters in the Denver Metro area approved the largest sales tax increase in state history for a project called “Fastracks”. The tax, along with federal money is going to construct a regional network of light-rail, commuter-rail and bus rapid transit corridors around the metro area.

At the nexus of the completed system is Denver’s Union Station, which will regain its former glory as the ground transportation hub for the city. The new intermodal hub will also include long-distance passenger rail, an express bus terminal and a bicycle facility that includes lockers and showers. 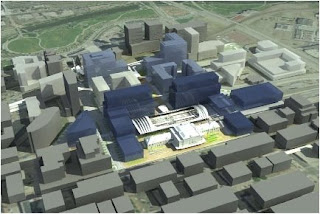 The existing historical building could not accommodate all of the future uses that are planned for the intermodal hub. A master plan has been developed for the area, which encompasses almost 20 acres of land, and will include retail, commercial and public open space. Union Station’s redevelopment is scheduled to be completed in late 2012 with the entire Fastracks program being completed in 2016. 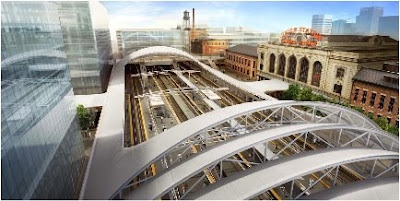 While the approaches of Santa Fe, Salt Lake City and Denver are vastly different, the concern for redevelopment of these critical areas of their cities have and will continue to be positive agents for change in their respective communities. All three cities have found ways to preserve and honor their building’s historical significances in a way that is unique and appropriate to the needs of their citizens.

I'd love a direct line from Trolley Square to my place. If you are ever gainfully employed in a position to make that kind of change, I'd be grateful to see it on the top of your "to do" list.

Great article! Just FYI in Denver too the old Tram way power station was turned into a retail location. The historic bldg at Confluence Park for a long time housed the Forney rail museum before being renovated and turned into a REI flagship store.

On another note the Fasttracks program in Denver appears to be behind schedule. While Union Station has moved to be some what of a transportation hub (16th St mall shuttle was extended, commuter buses stop there, 2 light rail lines were built to it) there's still no LR line to the airport, airport buses leave from Market St station and no sight of Greyhound stopping at the still active Amtrak station (2 trains a day).

One advantage the Union Station location has is the redevolpment of fast expanses of former rail yard space. The construction of mixed use space including many resedinces moved the area after the early 90s redevolpment of lower downtown (LODO) further into a central role.

I wonder if the revitalization of urban spaces, the increase in energy costs, and a potentially brighter future for rail are all interconnected?

I truly enjoy reading your article.