“Many things, which appear to be a luxury today, will be accepted as the norm tomorrow.”
-Walter Gropius, 1930 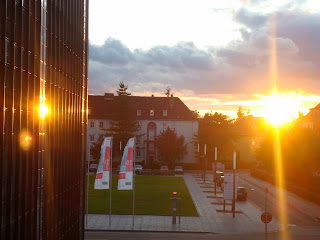 Dessau is full of discordances. It is a city that seems to be a reunification afterthought for infrastructure investment, yet has the Federal Environmental Protection Agency’s 10-year old headquarters that serves as a model for the E.U. and the world on how creative architecture and planning can conserve energy and reduce unwanted structural waste.

Dessau is the city where the Bauhaus finally settled nearly a century ago. To compare the ideals of the Bauhaus with the outer rings of Dessau itself, you feel yourself entering into a bipolar world that has deep feelings of resentment and self-reliance.

The Bauhaus today is merely a shell of its former glorious self. Run by a non-profit that has done an excellent job of restoring the complex, with meticulous detail, to the way it looked when its founder Walter Gropius graced the halls. It was a place to dream, to push boundaries and to promote social equity. 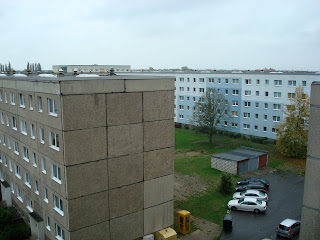 Within the context of post World War I Germany, these ideas were indeed radical and were on par with what we think of in the United States as the roaring 20’s. It is no surprise that this institution functioned for a total of 14 years as successive Nazi and Communist governments found the ideas espoused by the Bauhaus too threatening to their own agendas.

So why the conflict in the built environment of Dessau? Dessau has always been an industrially strong city. After the Second World War the Communist German Democratic Republic (GDR) government took full advantage of the infrastructure already there. With every Eastern Bloc Communist government, hubs of industry were designated and specialized and in Dessau’s case it was oil. 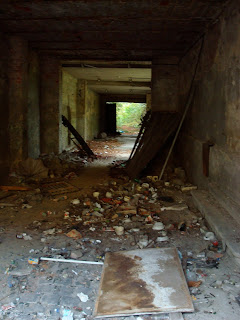 With communism comes a very high quality and level of city planning. With the idea of everyone being equal it is fairly simple to design neighborhoods and entire communities. The execution of the designs was of poor quality and poor materiality. The communists left cities across Central and Eastern Europe scarred with unimaginative residential and commercial neighborhoods that have proved too costly to renovate even 20 years after the fall of the wall and the reunification of Germany.

The opportunity to stay in these old communist buildings 10 years after I had spent two-years living in the former Soviet Union was bittersweet for me. It brought back many wonderful memories of my time in the Baltic countries. It reminded me of the hopefulness and idealism in the original ideas of Marx and Lenin that the older generations still wistfully talked about the (not unlike the Bauhaus).

In the 60 hours that I spent in Dessau I can only guess as to the development of the city after World War II, but I think I’m close. The future leaders of the city still have the task of reconciliation on their list of missed accomplishments. As the Mecca of architecture students and professionals around the world, the city must demand more out of their visitors and themselves. They must do more to entice people to see what life is like on the other side of the tracks. To venture into the outer-ring neighborhoods and see what life was like when East Germans were not able to choose where they wanted to live.

My thoughtful and hopeful wish is that we all can channel the spirit of the Bauhaus movement to encourage groundbreaking ideas that are transformative for the citizens of Dessau. Once this begins, hopefully the divide (both physical and mental) can start to be bridged and the process of unification can finally be referred to in the past tense. 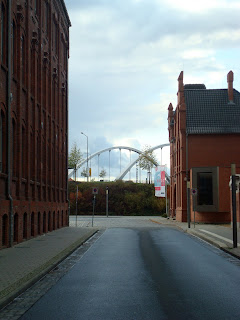