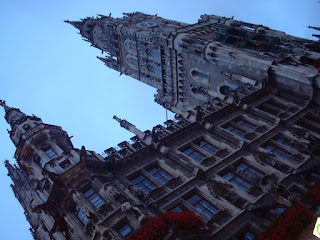 My experience with Germany before this adventure was limited to two very different sojourns to Frankfurt. The first was on my very first study abroad, with Brigham Young University’s communication department. The second was while I was serving a two-year mission for The Church of Jesus Christ of Latter-day Saints.

With BYU, we traversed the continent, meeting many of the leading newspapers, government agencies and LDS Church officials. While in Germany we met with the Frankfurter Allgemeine and huddled with the general authorities of the LDS Church in Western Europe.

During my mission, I contracted meningitis in the forests of Latvia. Two weeks after having been evacuated to the Baltic-American Clinic in Vilnius, Lithuania, I had stabilized to the point where I was flown to an American Army medical hospital outside of Frankfurt.

Frankfurt, 11 years ago was the pride of Germany. A glistening city, with modern skyscrapers, it served as the financial heart of the continent. I have assumed that Frankfurt was representative of the rest of Germany. I couldn’t have been further from the truth.

The shape and feel of cities and urban areas rarely happen by accident. After World War II, German communities had to decide how and where to rebuild. To an 18 year old from Denver, Colorado, this thought never occurred to me. The Kansas National Guard has never occupied my city, nor has the Canadian Air Force bombed it into unrecognizable obliteration. Most German cities though, had to make very serious choices as to how they would rebuild.

Some cities, like Frankfurt, decided to hit the reset button and build a new and “modern city”, complete with new city block grids, roads, suburbs and all. Others, like Munich, decided they wanted to keep the feel of the old town in tact. They rebuilt their old roads, their old buildings, their parks and their churches.

Munich today probably doesn’t feel exactly like it did pre-WWII, but I bet it’s close. I imagine that people are still walking the same patterns, to get to the same places as they did 100 years ago. This is just simply not possible in Frankfurt anymore.

I pass no judgment on which approach is best. “To each their own”, the saying goes. But for me, going back to Germany now, I saw what I want my own city to look like, to feel like, to breathe like . . . and that was in Munich.

And 11 years hence, I look forward to discovering completely new and exciting things about Germany that I will have inevitably missed this time around . . . 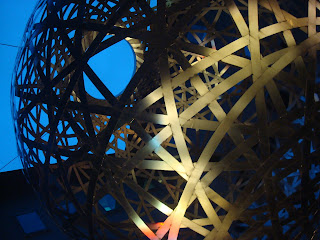 I think that you might find that a similar theme that runs throughout much of Europe. Many countries had to make similar decisions.
It is interesting to think though, that I have never really thought about that before. Even though it is part of where I live. I mean, London was razed to the ground and all I remember learning about are the survival stories; the things that remained despite the Blitz. But it would explain a lot about many of the other industrial cities around Britain that were affected and rebuilt without so much nostalgia as was London.
It is always good to look at the familiar through new eyes!