My age group is probably the youngest to remember anything of the Cold War. For me, I didn’t care so much about the Soviet Union or the consequences of a nuclear winter. No, what I cared about most when I was a young boy was dinosaurs.


It’s important to understand that this was before the really cool computer generated graphics of dinosaurs that I secretly still geek out about to this day. My world of dinosaurs was almost exclusively derived from books. I’m not aware of a dinosaur book that was published that I did not possess growing up. 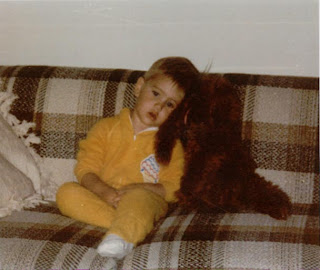 Of all of the dinosaurs in those books, I picked the biggest to be my favorite, the Brachiosaurus. I fell in love with this giant when popular thought suggested that Sauropods immersed themselves in bodies of water to support their great mass. But no! These walking skyscrapers lived on land, ate at the tops of the trees and had no natural predators once they reached their teenage years . . . (I know, I know, I still get excited).

In all of my books, they teased me with the fact that the only fully mounted Brachiosaurus skeleton in the world was in the Humboldt Natural History Museum in East Berlin.

I remember pulling out an atlas and finding East Berlin on a map. When I learned what this meant for my chances of visiting, I was devastated. It was then and there that I became staunchly anti-Communist. Communism was the diabolical enemy that was keeping me from seeing this amazing creature in person. 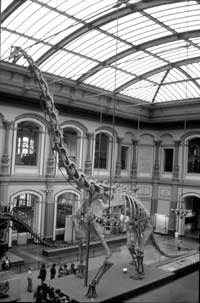 As we grow up, we often forget about our life’s major dreams and goals when we were 5 years old. By the time I was 25 I had already seen a Brachiosaurus skeleton in Orlando, one here in Utah and yes 2 count them 2 in Chicago alone. Who doesn’t seek them out when on vacation or traveling for work?

So, as I was sitting eating a wonderful Russian lunch, under the tracks of the SBahn in Berlin this past October, this whirling rush of clarity came into my brain. I pulled out my map of Berlin only to discover to that the museum that held my Brachiosaurus was only two stops away.

This was too good to pass up. I was scheduled to go and tour the newly remodeled Reichstag with my group. Thankfully my professor sensed that this was a profound moment in my life and gave me his blessing to take off like a bat out of hell toward the museum with three of my friends in tow.

It’s hard to describe fulfilling a dream that has been tucked away in a dusty corner of your mind for the past 26 years.

When I entered that hall and looked all the way up at my Brachiosaurus, that longing adventure of my 5 year-old self was satisfied.

I couldn’t talk, I couldn’t blink, all I could do was stare and smile and my friends gave me my moment with my friend from the books of so long ago. 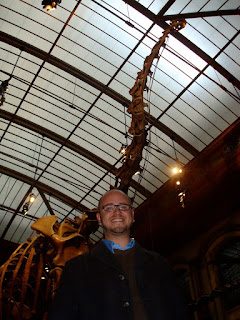 Five was a complicated age! there was a lot going on in my little life at that time, subsequently I don't remember any dreams from that time. However, I can relate to the sensation of completing a dream, although it was formed much later in my life.
For me, fascination was with the Romans, their empire and technological advances, buildings, societal structures etc. This started at Junior school, around 7 or 8, even 9 years old. It further deepened at 11 or 12 when we studied them at senior school and then further as I studied Latin until I was 16. I am blessed to grow up in a place were Roman ruins are practically common place and so this served to deepen the facination because I had seen the remains lying aound me, Hadrian's Wall being the classic example. However, deep in my heart and without conscious thought there formed a deep desire to see Rome.
I was barely aware of how profoundly this desire had settled into my being until walking out of the underground in front of the Coleseum. It rose up in front of me and as I climbed the stairs I realised that I wasn't breathing and in fact tears were running down my face.
What a sensation to be there and see it. To realise dreams and fulfill ambition and feel things ancient settle into the air around me.
A little later than the Jurassic period, but still potent!